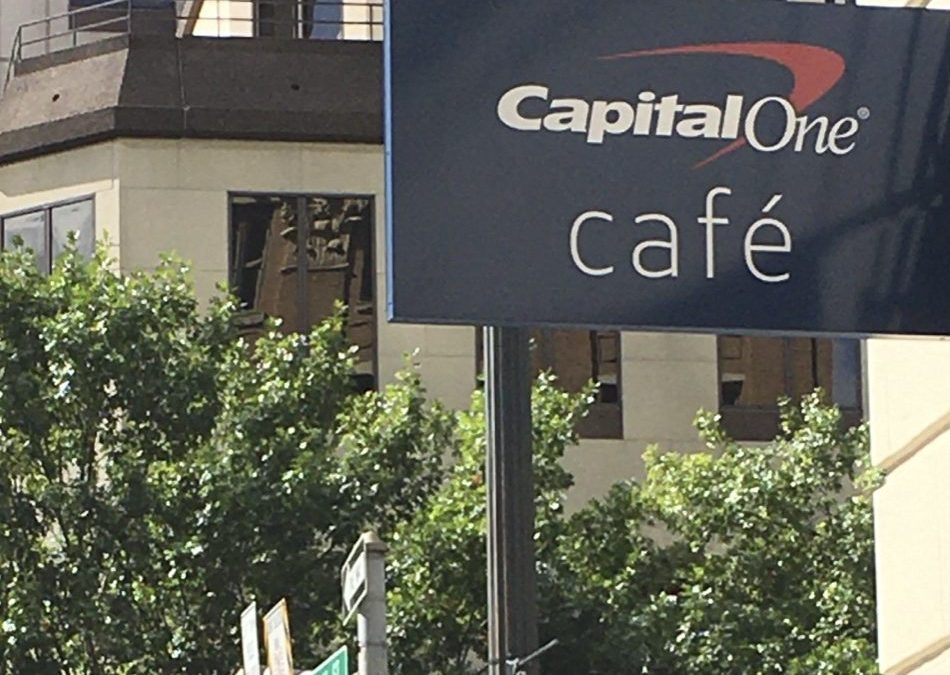 For years Capital One has been attempting to transfer its consumer banking services to digital user experiences.  Its latest move has been to open several Capital One Cafés, part WeWork concept and part Starbucks concept, without the look and feel of a traditional bank.

Along Austin’s iconic Congress Street, a newly opened bank café includes a conference table, a meeting room, open area tables, and a Peet’s Coffee shop.  The move appears to be its latest transformation, which one bank manager said was to forge a connection with the community; he also shared that he was uncertain how this presence would ultimately earn the bank money.

How is Capital One redefining its identity and seeking a niche among a rapidly evolving financial banking marketspace? Click To Tweet

What the bank does offer, is their space, and with it, they provide classes on money handling and responsibility.  They also offer their space to non-profits looking to hold meetings.  Yet nowhere are any ads or sales messages enticing customers. Even the ATMs are tucked around a corner, out of sight.

To an observer and service designer, Capital One seems yet again to be trialing another approach for a way to be relevant.  Banks typically earn money on three separate businesses: credit cards, individual accounts, and loans. The bulk of their money comes loans and credit cards—both of which are forms of loans.  In Austin, the café no longer offers home loans.

From a business perspective it may make sense to reduce the costs associated with providing individual account services, but It remains unclear how Capital One’s latest venture helps them attract other profitable business. The bank’s service design department leader, based in New York City, ignored repeated requests to fill in the blanks.

Over the past 10 years or so, Capital One has trialed a number of ideas that seem to have been a bust.  Most recently, some branches, including one in Maryland, no longer handle individual account-related transactions, such as bank deposits and withdrawals.  Perhaps the bank is holding onto the lease, but inside a few managers in cubicles now face boarded up teller windows.  On several recent occasions, the managers at the store in Maryland were observed in casual conversations with each other.  On the few occasions when customers were observed entering, a bank manager would promptly redirect them to another nearby branch.

From an outsider, the appearance is that Capital One is attempting a transformation based on expediency and profitability guised as customer experiences, all the while missing the bigger picture of evolving and revolving a service around users.  Many other organizations around the globe have adopted the Service Design user-centric approach, involving their entire operation around a service concept, one that seeks users’ satisfactory outcome. At the least, by adopting true Service Design techniques, it would provide a clear heading to its operations, minimize the need for public trials that appear uncertain, and most definitely avoid risk.