The Importance of Data

User data is gathered from any number of sources, including public databases, list brokers, and of course, a service provider’s proprietary database. Data can be stored as individual records or profiles, and profiles can be assigned to personas (groups of like-minded users).

Personas have many advantages for service designers. For gathering insights, personas serve as a sample of a larger group of users who share similar viewpoints.

While it’s become fashionable among businesses, including the online retailer Amazon, to debunk the worth of personas, they remain one of the most important service design tools.

When service designers lead service projects, others look to them for reliable insights generated from data. The remaining topics delve into collecting data, analyzing data, and using findings to improve designs. And while we have tried to be comprehensive in our descriptions, the main intention is to bolster a service designer’s confidence in using data regardless of the specific tool being applied or source being used.

In the years leading up to the 2016 general election for U.S. President, the Republican National Committee poured $175 million into their data gathering and analytics capabilities, borrowing from the successful tactics of the Obama presidential campaign’s two prior wins.

The investments allowed the RNC to better track voters’ interests and voting behavior. The data was segmented by demographics and geographics, and the results were used to create personas. The personas were divided into those voters more inclined to vote Republican, to those less inclined. In U.S. political contests, in which the winner takes majority, candidate campaigns win based on the most successful get-out-the vote strategies. Personas play a critical role. 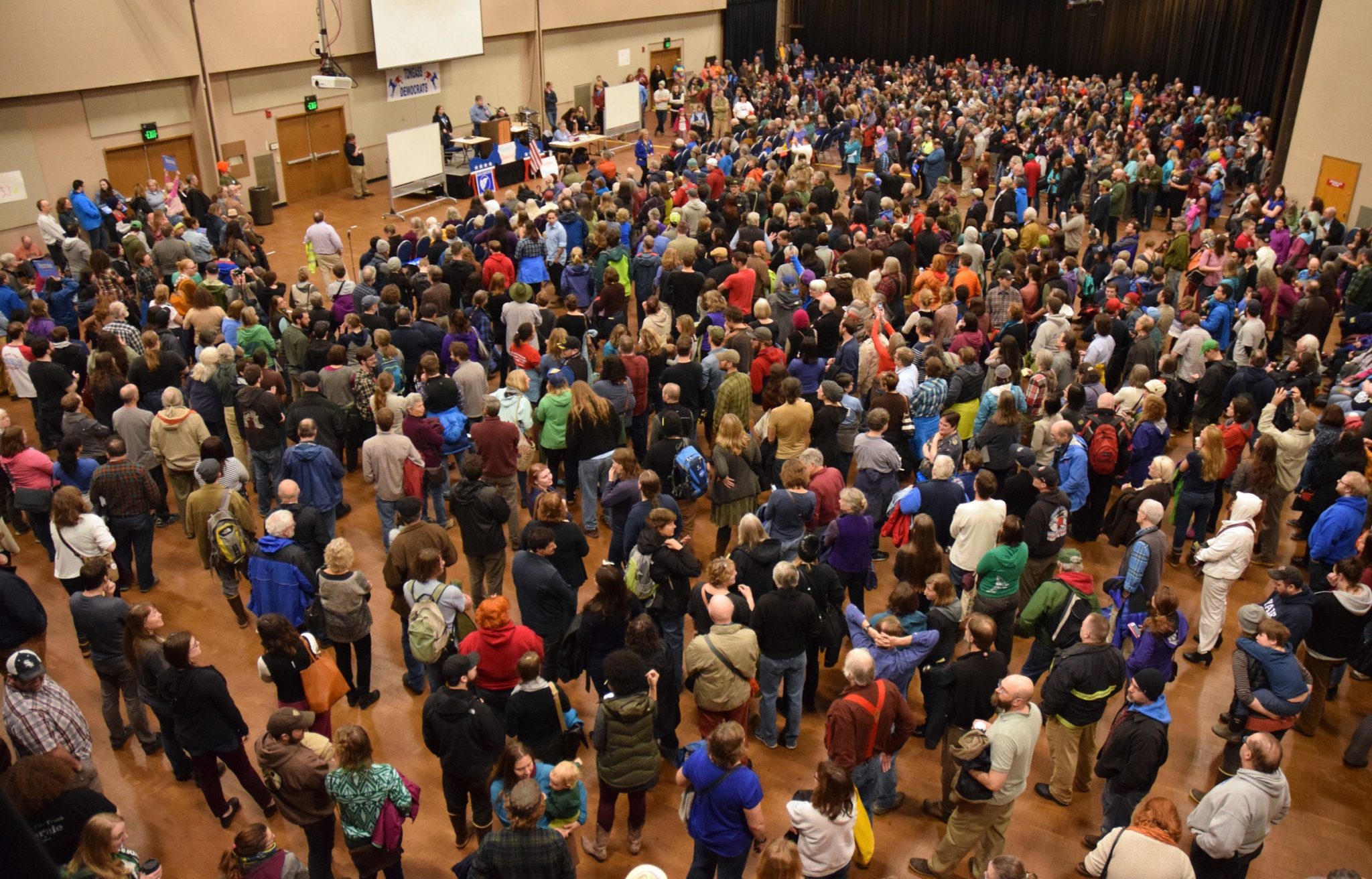 Voters at a primary caucus in Alaska.

Each campaign relies on pollsters and strategists who devise sophisticated campaign strategies based on available data. They use their data skills to find and recognize patterns among like-minded groups of voters. They then build the strategies that campaigns rely on to win, including pinpointing issues to motivate voters.

withIn the late summer of 2016, as Trump won the national Republican primary, his campaign began strategizing to win the national election. While most political pundits gave Trump little chance of defeating Hillary Clinton, the Democratic candidate, early polling data, however, showed her vulnerabilities. She had high negative impressions among voters. But so did Trump. And so, the battle was forged between which candidate would emerge from an unprecedented proportion of negative impressions.

Trump’s negatives were mounting by reports of his highly unusual behavior. But Clinton, the wife of the former disgraced President Bill Clinton, was associated with decades of government scandal.

Map of U.S. depicting the proportion of Democratic versus Republican voters.

A telling example of these personas in action is the state of Ohio, where one in six Republican voters scored above 90, revealing a path to winning the state would require convincing those personas that scored above the median.

Renowned political author Bob Woodward wrote that, behind the scenes, Trump’s campaign field staff worked through the names of each person who fit that persona, personally visiting and calling as many of them as possible to persuade them to vote Republican. “Ignore the candidate,” his field staff would tell voters, “just come out and vote as you would for any other Republican.”

Meanwhile, in the southern state of North Carolina, campaigners were working on another strategy. They were working off a Christian evangelical list of members—a Christian persona—supplied to the Republicans by churches across the state.

Click each topic link below to continue the course.

Back to Module
Next Topic

Login
Accessing this course requires a login. Please enter your credentials below!
Lost Your Password?