Looking for an Invite to a Clubhouse Service Experience? Here’s a Self-Described Experience From the Eyes of a Service Designer 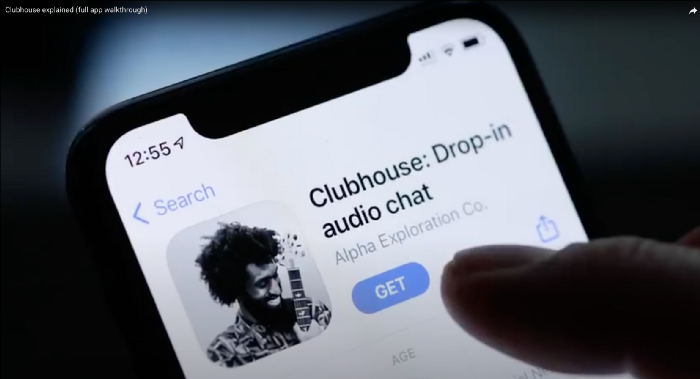 Clubhouse, another social media app from the tech minds of Silicon Valley, offers an exclusive audio experience for select invitees. Since its launch 11 months ago (since April 2020), the app has grown quite popular, attracting more than 2 million members each week who listen or take part in the interest-themed chat rooms.

Within weeks of launching, Clubhouse was valued at $100 million; its revenue derives mostly from advertisers. Yet its success relies on building a network of connected users, in which a member is entitled to nominate three others to join. Facebook is reported to be in hot pursuit of its own podcast-like app.

For those who can’t wait for their Clubhouse invitation, a few invites go for sale on Facebook Marketplace groups, a Reddit subgroup, and on eBay, costing anywhere from $20 to $70. Oh, and I would be amiss if I failed to mention that its founders, Rohan Seth and Paul Davison describe the only available version as ‘beta’ and have restricted its use to those with an IOS-supported Apple iPhone.

I was invited to join by my 23-year-old daughter who secured her code from a work colleague. She insisted I get on to observe the experience from the perspective of a service designer. She’s always on the lookout for finding me new or novel experiences.

My journey began in a room of budding entrepreneurs hosted by TV celebrity Kevin O’Leary of Shark Tank. After quietly slipping out, I jumped into a room discussing website technology, then to a room full of comedians; I settled on a room for women leaders.

Most surprising, each room was crammed with hundreds, if not thousands of members who were visible by their avatars, each representing an individuals’ interests and public profile. The rooms are identical, including a panel of speakers who have signaled the host their interest to speak. “Speaking up in front of the audience is not for the faint of heart,” CNET journalist Ashely Equeda said.

The Chinese Experience Freedom of Speech

The first time I got on was a week after the Chinese communist regime banned its citizens from using Clubhouse, literally cutting the wires to mainland Chinese with internet access. However, during those initial 10 months, Clubhouse was a refuge for taboo speech.

“According to people listening in, some of the rooms hosted ‘fantastically candid’ conversations about the knowledge of Uighur detention camps and abuse within mainland China and how to navigate the blanket denials by the Chinese government of accounts of former detainees and families of current detainees,” journalist Helen Davidson wrote in The Guardian.

“Some users said its format made them feel more willing to share personal stories and listen to different opinions,” she wrote. “These were real people. No longer were they hearing their voices filtered through official media.”

Prior to the ban, Journalist Melissa Chan relayed a similar experience on Twitter: “I feel like I’m bingeing (sic) free expression on Clubhouse.”

Meantime, hours before the Chinese government’s ban went into effect, one of the rooms of Chinese speakers reached the Clubhouse’s maximum of 5,000 users. New York Times correspondent Li Yuan wrote: “They lined up, sometimes for hours, to wait for their turns to speak. They argued for the rights of the government loyalists to speak despite their disagreements. They held many honest, sincere conversations, sometimes with tears and sometimes with laughter.”

Clubhouse conversations are not recorded by the app, but there is little to stop members from recording them on their own. Unfortunately, for those Chinese who felt comfortable stretching their voices, there were others who boasted on Twitter of transcribing some of the controversial conversations and taking screenshots of individual profiles.

After experiencing Clubhouse, I came to believe there would be interest in a community devoted to discussing the design of services. Furthermore, this service design community, as I envision, would extend beyond self-described service designers.

My goal, having already created a room called Service Design, is to host with others, a community for sharing ideas, including case studies with useful lessons and techniques, available resources, and specific topics ranging from ideation, to design, journey maps, blueprints, touchpoints, service prototyping, service launch, service failure diagnosis, and service recovery.

From wandering through a number of Clubhouse rooms, it seems topics related to service design would complement the existing interests. I foresee the value to businesses, governments and social services.

The room will be private at first, so those interested should contact me to join: By email, steven@internationalservicedesigninstitute.com, through my Linked account, or private message me @InServiceDesign.

We will host the room at a regular weekly time (for now, Tuesday at 9:30 EST) and topics will be posted on www.internationalservicedesigninstitute.com and on the Clubhouse calendar.