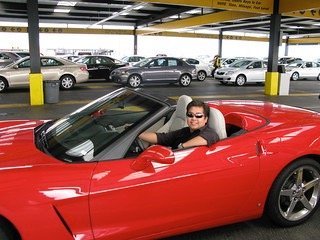 It is easy to get caught up using one tool only to find it doesn’t get to the intended results.  Take the NPS (Net Promoter Score), a topic that was featured on UX Collective, January 20, “Is it time we move beyond the NPS to measure user experience?”  We think the topic is worthy of discussion and would like to chime in.

Our position is that the NPS method is a means for identifying loyalists, ideal for pairing with retention and loyalty strategies.  Our views come from empirical reference materials that we provide for service designers to use in their work.

In the article referenced above, the author writes: “If you want to continue measuring NPS, just understand what you are really measuring and consider additional metrics to track alongside the NPS.”

We wholeheartedly agree that it’s important to understand the rationale for using NPS, and that there are other tools and models to measure a user experience, but they stand wholly apart from NPS.  The ones we demonstrate to service designers include Observation Techniques, Attitude Measurements, and Emotional Models.  Each are behavioral research-oriented, and are practical, easy to use, and empirically-driven (scientifically proven results), but not dependent on loyalty scores.

Don’t expect anything more inside a hollow Easter bunny

NPS is a method for uncovering those who self-identify as having had an experience they would recommend to others.  The responses can then be used to identify worthwhile experiences, determine numbers of loyalists, and to benchmark user satisfaction. The only way we know to use the latter two for a service temperature reading is to measure with a Pareto principle (the 80/20 rule). https://www.investopedia.com/terms/p/paretoprinciple.asp.

NPS creator Fred Reichheld, wrote in “The loyalty effect — the relationship between loyalty and profits.” that he was dead set against user satisfaction surveys. https://hbr.org/2003/12/the-one-number-you-need-to-grow.

It’s not the first time in our mission to gather service design references that we find others expressing disappointment with a known tool or model—or similar—see Stop Bashing Personas, UX Collective, November 4, 2019.

\We find well thought-through arguments and differing views entirely worthy; It’s perfectly valid to point out shortcomings, including those of NPS, to further understanding.  Yet unspecified innuendos and disjointed case studies can be misleading.

The origin of NPS, as described by Reichheld, began in the late 1990s, when he was consulting with Enterprise Rent-A-Car, a company that seemingly rose overnight to dethrone market leaders Hertz and Avis.  In context, Enterprise appeared almost out of nowhere, shaking the dominant leaders’ hold on the market.

The accomplishment reverberated throughout the business world, not so much for taking over unquestioned leadership of the market, but for how they edged their way in to entrenched market, so quickly, with an offering and business model that appeared no different than its competition.  The accomplishment led others to wonder: “How did they do that?”

Reichheld was one of them, and he was working on the inside so had access to the secret sauce behind their rise.  By studying their process for unpacking customer satisfaction, he was able to figure out that the company’s success was due to their practice of capturing and duplicating the components of positive user experiences. The reveal led him on a several-year quest for how to bottle up its essence for other businesses to use.

What Reichheld found was a culture within Enterprise focused on collecting only the most positive user rental experiences and deconstruct them for lessons to be shared among the company’s rental offices.  Simply defined, Enterprise built a strategy solely around its customers who identified as loyalists– or in Reichheld speak – “would recommend the service to friends and family.”

The idea was and still is, that NPS is an empirical method for identifying loyal customers, which is self-evident by the question/response. For our audiences at ISDI, the NPS method is married up with suggested user retention strategies, such as employing loyalists as advocates, and ideas for converting the next ‘self-identified’ tier down—the 8s and 9s—into repeat users. These and other strategies mark the value of NPS.

If you look for NPS understanding through online posts, it’s a mix bag. Some admit upfront they don’t like its limitations. But otherwise there remains much confusion, mis-interpretation and mis-identification.

Here are some of the points:

“To measure a statistical change in NPS over time or between cohorts requires a lot more responses (at least several hundred).”  Mattan Griffel, Co-founder & COO at Ophelia

“When your NPS score is not compared to the competition, problems can arise.” Erik Katzen, CX Solution Engineer

“If the NPS drops significantly after a new feature release then that is telling you that the feature might be doing more damage to the overall community.” Benjamin Hall, works at Zynga.

ISDI View: The NPS method is for identifying loyalists on an absolute scale, not a relative scale.

ISDI View:  Connecting loyalty (or lack of) to behavior measurements places too much validity on NPS scores; besides, the tie is unnecessary for dependable user satisfaction measurements.

We believe many confuse NPS scoring/results and the Likert scale, which is used to capture respondent’s opinions. A Likert scale-type survey is used to gather opinions on specific aspects of a service, which over repeated surveys lead to results to measure improvement. https://www.simplypsychology.org/likert-scale.html

Moreover, the NPS method does not prevent adding more questions, including those soliciting demographics.  The rationale for one ‘NPS-scored’ question is centered on: a) the NPS intended results need only a single question, b) that respondents won’t bother with responding to more than one question, and c), one question is easiest to administer—all of which depend on the resulting intended strategies.

At Enterprise, results 1 through 9 were tossed—considered useless—in favor of responses rated a ’10.’  Added categorical descriptions by Reichheld for scores 0-6 and 7-9, could be argued, were to add greater value to NPS. As alluded above, we recommend service designers devise strategies for 8 and 9 scores. https://www.surveymonkey.com/mp/net-promoter-score-calculation/

The problem with selecting the wrong tool

The NPS method is ubiquitous probably because, as most infer, it’s easy to administer; yet we suspect once the results are gathered, many providers are left perplexed over what they have.  So, we wonder if many of them even use the results at all.

The International Service Design Institute (ISDI) publishes references for service designers in the form of online courses, handbooks and workshops in a box for trainers to use.

The material for this article is based on The Master: A Service Designer’s Handbook Vol. III in February.  To reserve your copy:  info@internationalservicedesigninstitute.com