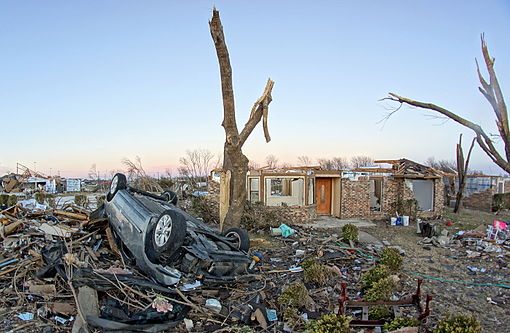 As Dorian moves its way up the U.S. coast, I’m reminded of our prototyping exercises for FEMA. These took place not long after Hurricane Andrew devastated Homestead, Florida in 1992 and FEMA had been excoriated by the media and lawmakers for its slow, uncoordinated response.

The Federal Emergency Management Agency is authorized by Congress as a branch under the Department of Homeland Security to assist local response efforts at the request of the president. Calls for assistance come to the president from state governors. 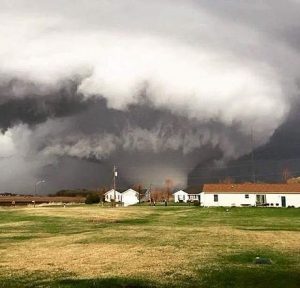 Since Congress has oversight and appropriates the agency’s funding, FEMA also reports to Congress. And after Hurricane Andrew, FEMA’s director James Lee Witt, a political appointee, was called up to Capitol Hill to explain. In the course of that grilling, Witt promised lawmakers they would see a change when the next disaster struck.

At FEMA headquarters, senior staff gathered for a debrief, and what emerged was a diagnosis that the public lacking transparency into FEMA’s mission. Up to this point in time, FEMA’s policy was to stay behind the scenes while state and local emergency management teams handled outreach to affected communities, often through the media. When congressional lawmakers ordered a reboot — urged on by constituents — FEMA executives realized the need for change.

In response, Witt’s staff assembled a team of independent crisis communications professionals from around the country and had them gather at Mount Weather, what was then a deserted government outpost approximately 50 miles from the nation’s capital. In the 1950s, during the Cold War, the mountain was hollowed out to construct rooms to house the entire Congress, including their families. In the 1980s, the facility was declassified and now is where FEMA conducts training and other operations. Mount Weather, meantime, is still an evacuation point for Congress. On September 11, 2001, many Congressional members and their families found safety there.

In this remote location, the crisis communications team hunkered down for two weeks, devising plans for how FEMA would respond and operate its communications in the wake of future disasters. The team spent most of the first week devising plans that would ultimately become a FEMA guideline. The following week was spent on prototyping.

Each plan was developed using a planning model:

Service prototyping involves testing visual or physical replications of a service. Tests can be conducted on an entire system or its distinct parts. For service designers, prototyping is used primarily to:

Each of these aims became part of prototyping FEMA disaster plans. For the tests, the larger team was split into smaller groups, each with separate plans to test. FEMA staff joined in to create natural disaster scenarios for fictitious storms. As the storm approached the U.S., the teams would use their assigned plan to respond. All the while, FEMA staff would issue updates to the room on the storm’s tracking and strength. These are called inserts.

Service prototyping involves testing visual or physical replications of a service. Tests can be conducted on an entire system or its distinct parts. Learn more. Click To Tweet

An example would flow like this: a tornado has hit the ground, it has uprooted trees and toppled power lines blocking access to a major road into a community. Each group would then scramble to respond. Their aim was to aid the community in informing and directing impacted residents to access shelters and where to obtain food and other necessities.

Each test took about three hours to complete, often during morning hours, and then the afternoon was set aside for assessments. Each of the team’s responses was compared based on the estimated time to respond in the field; and on logistics, primarily number and types of people skills, transportation expenses, and availability, such as the means for securing supplies and equipment

The results were used to single out top-performing plans and merge desirable aspects of the others into new plans, or to improve upon the top performers.

Arkansas is in the mid-section of the U.S., situated alongside an area known as Tornado Alley. This particular storm devastated several small towns in the rural hill country, and the governor asked the president for FEMA to respond.

Where the storm had hit, only bare earth remained. One resident on a tour of his former hometown was unable to pinpoint where Main Street once was. All the buildings and landmarks, including paved streets, had disappeared.

In the wake of the tornado, FEMA invited the crisis communications team to trial their best response plan from the Mount Weather exercises, allowing for Active Learning. The planners evaluated situational responses to the disaster, including resident impact and results and whether the physical requirements were practical. With some further refinement, a plan was adopted for agency guidelines for disaster communications.

In the long run, the guidelines helped improve FEMA’s reputation. But most importantly, residents impacted by disasters could receive aid and comfort much more rapidly and efficiently.