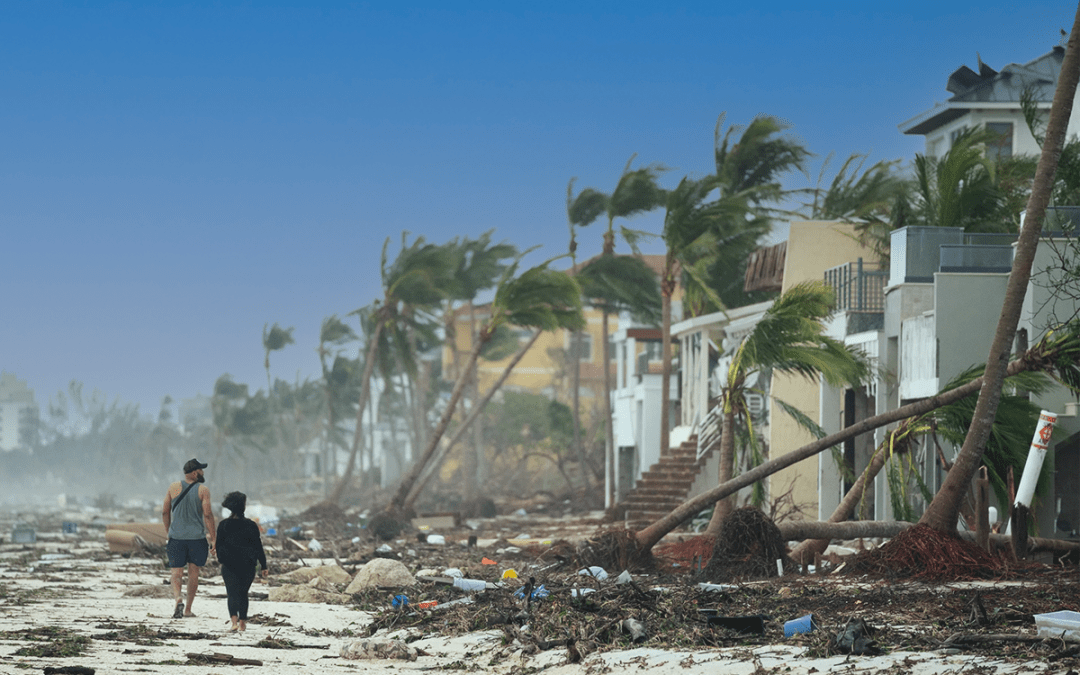 Hurricane Andrew ripped across southern Florida thirty years ago (1982), in what was then the most destructive hurricane to hit the southernmost part of the United States: A Category 5 with sustained winds of 174 mph—only to be surpassed by Hurricane Irma 25 years later . . .  and now Hurricane Ian.

Andrew destroyed more than 63,500 houses, damaged more than 124,000 others, and caused $27.3 billion in damage (equivalent to $53 billion in 2021 dollars).  In comparison, Ian is on track to surpass the damage and resulting cost for clean-up and reparations.

But what’s different this time around, is the Federal Emergency Management Agency (FEMA) is better prepared to respond to the needs of victims.  With Andrew, there was widespread criticism of FEMA from residents, state officials, and Congress, for what could best be described as too little help, too late.

Congress has oversight of FEMA (along with the other executive branch departments and agencies. It requires an order from the president for FEMA to respond to a disaster. Those are typically quick to process.

Six years after Andrew’s destruction, FEMA’s director, James Lee Witt, in 1999, assembled a team of about a dozen independent crisis response professionals. This group, who originated from around the country, were then gathered at a scarcely populated government outpost in Winchester, Virginia, called Mt. Weather, approximately 50 miles from the nation’s capital.  At this remote location, the newly formed team spent two weeks devising plans for how FEMA should respond to a disaster. The overarching goal was to improve response times while adequately covering each situational need.

Most of the first week was spent devising different plans. The following week was dedicated to testing and prototyping the most promising outcomes from the work of week one.

Service prototyping involves testing visual or physical replications of a service.  Tests can be conducted on an entire system or distinct parts. For service designers, prototyping is used to:

For the tests, the team split into groups, each taking a plan to test. The tests were timed, and from the start, FEMA staff would ‘insert’ immediate-response scenarios that required a timed team response. The overall measure of success was whether a plan could address the needs of residents with sufficient access to food, shelter, and financial aid. The inserts didn’t make these goals easy.

Prototyping sessions turned out quite lively as FEMA staff would interrupt with fictitious storm updates, such as those that might actually occur, such as: A live tornado has hit the ground (location), uprooting trees and toppling power lines, shutting off road access to the community.

The tests, which began at dawn, ended by lunchtime, after which time FEMA and the team assessed the results, with particular rigor around the practicality of estimated times, logistics involved, and human and structural resources required. There was a heavy emphasis on building requirements for people skills.

Less than a month after the team disassembled, a storm erupted in southern Arkansas, traveling up the mid-section of the U.S., in what’s known as Tornado Alley, which spawned a series of tornados.  Some of them destroyed communities outright, touching down at various locations over fields, bluffs, and towns, stretching over hundreds of miles.

One resident on a tour of the ruins left by the storm in his hometown, said he was unable to locate the former Main Street that once ran through the center.  There were no longer landmarks to help distinguish the roads and where buildings once stood.  In one devasted house, all that remained were crumbled walls and part of a second floor, where the storm had lifted and set down a car.

The storm damage, FEMA officials reasoned, was an opportunity to test a team-devised plan with a gameplan for rescue officials to follow.  Over a period of about a month, FEMA officials said they were satisfied with the work of the crises communications team, still contributing to favorable press reviews of FEMA’s disaster responses.

Excerpted from The Master, part III of the Service Design Learning Series.