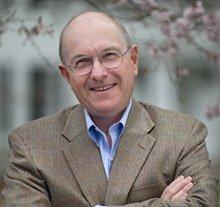 For those who count on satisfaction surveys to measure performance, they are a waste, says renowned business strategist Fred Reichheld. “Glowing customer satisfaction surveys don’t correlate tightly with profits or growth,” he said. “Most senior executives, board members, and investors don’t take them very seriously.”

If Reichheld’s name is familiar, it’s because he is associated with the Net Promoter Score, a loyalty model he developed from his consulting work at Enterprise Rent-A-Car, a St. Louis-based company. Enterprise seemingly came out of nowhere to rise to the top of the rental car industry, surpassing long dueling rivals Avis and Hertz. 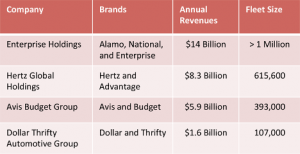 When Reichheld began working with Enterprise, he stumbled on their (at the time) novel approach to growing their business.  He discovered company executives put their energies into deconstructing positive customer experiences and sharing those lessons with managers across its retail stores.  As customers returned their cars, they would be asked whether they would recommend their experience to family and friends.

Reichheld thought the idea so remarkable that he spent the next several years investing his time and energy toward a way of capturing its methods and verifying results in order to develop a similar process that other businesses could use to grow market share.  The outcome is what we call the Net Promoter Score (NPS).

As consumers, we should all be somewhat familiar with NPS, when after a service we are asked to rate our experiences.  But perhaps less known is why those results are collected, how they are calculated, and their subsequent value to service providers.

The idea for NPS came to Reichheld during an Enterprise staff meeting that he attended on a quest to discover how Enterprise vaulted to the top of the rental market. At the meeting, among their strategies, executives explained how they captured and used positive experiences to share across their retail stores.  The surveys asked customers to rate their experience on a (Likert) scale from 1-10, asking “whether they would recommend the service to friends and family.”

Retail managers were responsible for collecting the results and would then throw away any responses that didn’t score a 10.  Details from those top surveys were then shared among its 9,000 local retail stores, in hopes, there were lessons in them that other stores could duplicate.

Reichheld set his sights on trying to determine whether there was a correlation between their use of positive customer experiences and the companies’ growth.  Discovering that there was a link, he developed “a prescription in a bottle” – NPS – that could be circulated within the business world.

The Net Promoter Score differs from a satisfaction survey in that NPS reflects loyalty, while satisfaction surveys reflect someone’s attitude at the time of completing a service. Reichheld’s NPS uses a similar approach to that of Enterprise, asking respondents whether they would recommend the service to others. Respondents are asked to choose one of ten answer choices — from 1, the lowest, to 10 the highest.

Responses 1 through 10 are sorted into three categories: Promoters, Passives, and Detractors.

The score reflects the loyalty of members to the organization, program, or service. Scores are between one and one hundred, with an average score topping out at about 20, which consequently correlates to the 80/20 rule. That rule, also known as the Pareto principle, suggests that 80% of income originates from just 20% of a customer base.