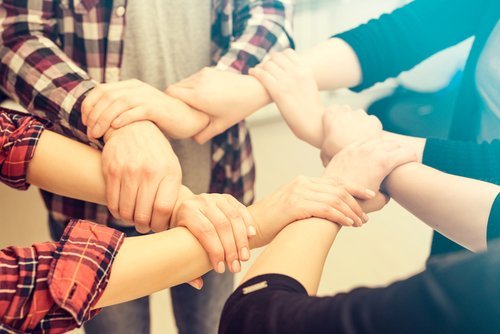 Members of associations are hesitant these days to renew, according to researchers in three separate studies. Members join an association for networking, yet cheaper alternatives are changing the dynamics for recruiting and retaining members.

Non-profit executives told researchers for a Heidrick and Struggles report that a stronger mission and vision, along with salient messaging, will help them remedy the widening gaps in their membership pipelines. But the authors suggest otherwise—that executives need to abandon the idea of a one-message appeal, and, they expressed doubt that the organization’s communications were in fact reaching their intended target audience.

Executives were urged to focus much more on who they serve—and how they serve them, Julian Ha, Bill Hudson, and David K. Rehr wrote. “The cacophony of voices offering specialized information, services, and advocacy is overwhelming. Executives may want to define their organization’s purpose more narrowly. Ultimately, some important activities will be left out of the agenda.”

A new approach might just be Service Design, a field that mirrors product design, and is taught in degreed programs around the world. Service Design techniques follow from models used to design organizations and services from the user’s perspective. As the only practice solely focused on the success of services, the techniques have proved immensely valuable, and have now been adopted by the likes of Amazon, Google, Airbnb, Toyota, Uber, Capital One, Pepsi, Marriott and many more familiar brands at the top of their industries. For non-profits, the techniques are accessible and will help foster membership loyalty–more closely align programs and benefits to member needs—earn greater revenues from new and existing services–and overall, help sustain the organization’s future.

Highlights from the three separate studies, one a benchmark study on the overall health of recruiting and retention. The second, explores motivations of members to join. The third, by Heidrick and Struggles, takes the wider view of how non-profit executives manage in the face of growing social change.

The benchmark study, by Marketing General, Inc. (MGI) of Alexandria. Va., is an annual update. Through the lens of marketing, the firm analyzes recruiting and retention year over year.

Since 2009, MGI has put forward similar questions to different audience groups, among who self-select to answer. MGI typically garners a 7% response rate from among twenty-thousand who receive the outreach. In its latest 2017 report, nearly half of four hundred and forty respondents said they experienced a slight membership increase. A quarter of the respondents reported decreases. Overall, however, there has been relatively little change over a 5-year period, survey respondents said.

However, the data revealed an increasing concern over the aging of members with far fewer new members entering at younger ages. Fully a quarter of the members across the sector are reported to be fifty-four and older.

In the second study, researchers A. Walsh of La Salle University and K. Daddario of Campbell Soup Company, Inc., looked broadly into why members join, and found costs and time commitment as chief impediments to renewals. Their study: “The Dynamic Nature of Professional Associations: Factors Shaping Membership Decisions.”
The costs came as a surprise to newer members, the researchers discovered. Most joined understanding annual dues would be around one hundred dollars, but then discovered participation cost so much more. Respondents told the researchers they had not anticipated the additional costs for continuing education, credentialing, and meetings—which could easily add one-thousand dollars a year more. The result was newer members were not at all likely to participate. Those who did, the authors surmised, had support from employers.
The researchers selected study participants who were employed full-time, had earned their MBAs, and whose ages ranged between 26 and 35. All were new association members. The strongest motivation for joining, the respondents said, was to be part of a well-recognized association, leading the researchers to conclude: “Professional associations which are well regarded in a particular industry, and which offer members opportunities for advancement in the industry, may be well positioned to attract new members.”

The third study focused on how executives perceive and manage change, concluding that “members don’t join associations anymore just for networking. They seek a demonstrable return on their investment.” Additionally, they rejected the approach of many executives. “We find that the traditional role of the association is being challenged, particularly given the tendency of millennials to support specific causes and issues, rather than organizations.” Millennials are the coveted prize. Today they range between the ages of 20 and 35 and already account for $600 billion a year on spending, according to Adweek. By 2030, some eighty million millennials are expected to make up 35% of all consumer spending. Those who are successful in luring and engaging this vital market are designing and administering services that, for one, meet their needs, and for two, achieve positive outcomes.